HomeFamily LawRecently Contact a Divorce Attorney? Why You Are Not Alone
Family Law

Recently Contact a Divorce Attorney? Why You Are Not Alone The Philadelphia Metro recently reported about a University of Washington Study that found the first qualitative evidence of a seasonal, biannual pattern for divorce filings.

Researchers measured divorce filing patterns in the state of Washington during a 14-year period and found consistent biannual spikes during the months of March and August.

According to Julie Brines, an associate sociology professor at the University, the findings suggest that divorce filings are driven by a “domestic ritual calendar” that governs family behavior. She suggests that it can be inappropriate to propose divorce during holiday seasons that are traditionally viewed as sacred times for families. Thus, more couples file for divorce during the off-season.

“People tend to face the holidays with rising expectations, despite what disappointments they might have had in years past,” said Brines.  “They represent periods in the year when there’s the anticipation or the opportunity for a new beginning, a new start, something different, a transition into a new period of life. It’s like an optimism cycle, in a sense.”

Brines’ study suggests that parents may decide to file in August because its’ the time between family vacations and back to school. Researchers attribute the March spike to an upsurge in energy brought on by the increase in daylight and activity levels that motivate people to act.

Divorce Attorneys in Massachusetts in New York told Metro that they did not see the same patterns as depicted in the study. But according to Metro, Ohio, Minnesota, Florida and Arizona have a similar pattern.

Pennsylvania appears to be somewhat in line with the findings. Philadelphia divorce attorney Thomas Petrelli sees a similar-yet slightly different pattern.  His family law firm sees a spike in March, but August is typically one of the slow months. His second wave comes a little later. “The second week of September all the way through Thanksgiving is probably the busiest time of year.”

Petrelli suggests that once kids are back to school parents are “relaxed enough” to seek the assistance of a divorce lawyer. 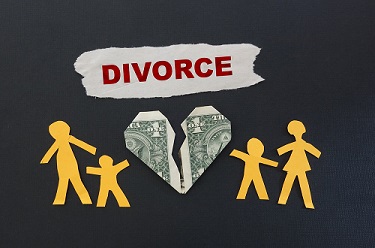